Carcinoma of the stomach and its prevention

Carcinoma of the stomach is a malignant disease that can be fatal for the patient.

Under the influence of certain factors is the degeneration of normal tissues in abnormal who do not take part in the digestive process. Soon, these tissues turn into malignancy. Stomach cancer affects men more often than women, especially after the age of 40 years. In addition, the possible development of carcinoma of the pancreas.

Causes and preconditions for the development of

Normal structure of the stomach and pancreas is changing due to the impact of certain adverse factors. The exact cause of this change is not installed, but the well-known preconditions for the development of the disease.

A hereditary component has significant value. It has been noticed that people from 2 blood stomach cancer occurs more frequently, and more often if sick close relatives.

The nutrition of the patient is of great importance. By eating insufficient amounts of vitamin C, the risk of development of cancer increases. When you eat junk food with a high content of preservatives, carcinogens and other harmful substances also the likelihood of cancer increases. Harmful spicy, fatty or smoked foods are playing the role of provocateur of diseases of the stomach, which later can cause cancer.

Diseases of the stomach is an important risk factor for the development of cancer. Diseases such as atrophic gastritis and callous ulcer in chronic form, are pre-cancerous disease.

The gastric polyps (hyperplastic and adenomatous) are also referred to precancerous diseases.

Infection of the gastric mucosa is a prerequisite for the development of malignant neoplasms.

The condition of the body after gastric resection may increase the likelihood of developing cancer.

Menetrier disease, which causes the formation of cysts and adenomas poses a direct threat of occurrence of malignant formations.

There are certain symptoms of gastric carcinoma, which indicate the development of the disease.

In the initial stages the symptomatology slabovrajenna, but on closer examination it can be suspected carcinoma. 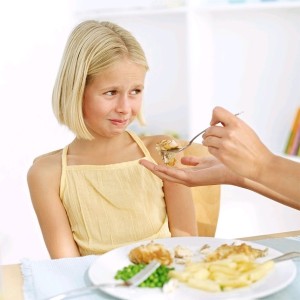 The patient has an aversion to certain foods or food in General. He loses the satisfaction of food and the feeling of fullness it. Even after small amounts of food a feeling that the stomach is full. A feeling of heaviness in the stomach is gradually supplemented by nausea, vomiting. The patient begins to lose weight, it catch up with pain in the stomach radiating to the back and wearing a sharp character.

In General, the patient feels General weakness, apathy, fatigue. In the early stages of the disease the skin color is not changed, but with the progression of the disease is observed pallor of the patient. Later skin tone changes to an earthy. You may also experience other symptoms, such as anemia, fever, skin diseases.

However, there are cases where the symptoms of the disease is not expressed even at a late stage of the disease when a carcinoma of the stomach with metastases. Most often metastases occur in the abdomen, causing ascites. Also affected by metastases to the liver, limfouzly, vessels. At a late stage the patient happens multiple metastasis, and helpit's impossible for him.

The main symptoms of carcinoma of the pancreas is pain in the abdomen and jaundice. Also the patient lost appetite, he is pursued by nausea and vomiting.

Classification of carcinoma of the stomach

Stomach cancer is usually classified according to anatomic features. According to the international classification there are types of gastric carcinoma:

Most often localization of tumors in the stomach occurs in the output division of stomach, lesser curvature, greater curvature. Diagnosis of gastric carcinoma is to conduct analyses of the gastric juice, feces and blood sedimentation rate. For accurate diagnosis requires endoscopy, Cytology and biopsy. To detect metastases applied ultrasonic inspection and imaging.

The treatment of carcinoma of the stomach involves surgical intervention. Proximal gastrectomy is used for small lesions of the cardia, Subtotal resection – with the localization of the disease in the upper part of the stomach, gastrectomy – in the localization in the upper third. In the presence of metastases the patient is administered chemotherapy and radiation therapy.

After surgery can prescribe analgesic, antiemetic and vitamins. As prevention of relapse the patient is recommend a change in lifestyle. Food after removal of carcinoma of the stomach has to be right, without preservatives, nitrates and other harmful substances. If possible, you should avoid stress, to reduce the influence of harmful environmental factors and to completely abandon bad habits.