Adenokistoznaya carcinoma: the nature, symptoms and difficulties of treatment

The risk of hepatocellular carcinoma

The first is to say that although neuroendocrine carcinomas today are becoming more common, this area of Oncology diseases is still poorly studied at the moment. At the same time when early diagnosis is much easier to cure the patient. However, this cancer can hide in the body for years and can't Express themselves, and most often it is detected already when the chances of a cure will remain not so much. During the last thirty years the cases this type of cancer began to meet more often in as many as five times, and experts say that this trend will be observed further.

In General, neuroendocrine carcinomas are those tumors which belong to genetic group of tumors, triggered by neuroendocrine cells, and can be scattered around the human body. And due to the fact that this type of tumor can trigger the production of low molecular weight peptides in large numbers, it makes sense to understand more in neuroendocrine tumors, namely of the gastrointestinal tract.

As mentioned earlier, this type of carcinoma usually does not show not first stages of the disease. However, some patients may experience:

In addition, it should also be said that these carcinoma produce this hormone as serotonin, which in turn can cause kazionny syndrome.

How to undergo diagnostics?

First of all, I must say that such tumors in the gastrointestinal tract is mainly identified with the help of research visualizing nature, which often take place because of any other diseases. If there is a suspicion it is on carcinoid tumor, to identify those hormones that produces such a tumor, you need to conduct a urine test. Accurate diagnosis is confirmed by using a thin needle or a slightly wider needle. So you can take a small sample of tumor tissue and to examine it.

How is the treatment? 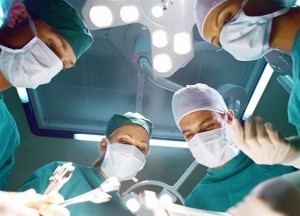 Today there are several techniques in this area of diseases. Most commonly used surgical intervention, whose type depends on the location of the neoplasm, its dimensions, and directly from the patient. So, for example, in the presence of a neuroendocrine carcinoma of the ileum or small intestine is removal of the affected portion of the colon. If the affected the rectum, it can be removed part of it with further stitching or rectum can be removed with the subsequent implementation of the colostomy.

In addition to surgery can also be used chemotherapy, which is administered anti-cancer drugs through a vein or in pill form. But it is important to emphasize that carcinoid tumors are very poorly treated in this way. And it is mainly used only in the presence of metastasis. In addition, can be used and radiation therapy, during which a tumor is exposed to high frequency radiation. And often this type of illnesses using external beam radiation therapy when the tumor is exposed to the outside. But this method is not very effective, and it is used more for the relief of pain at a time when the tumor has spread to otherorgans.

Thus, we can say that today to treat this disease is mainly applied surgery. However, at the moment, and develop new methods in this field, namely these include targeted therapy, drugs which themselves recognize the tumor cells and act on them purposefully. That's why before beginning any therapy patients with this disease need first to conduct a comprehensive study by specialists of different directions , and to find the right treatment that will be most effective and minimally detrimental to the patient.