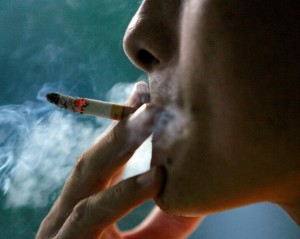 Types of carcinoma of the thyroid gland and their features

First of all, I must say that thyroid gland is composed of glandular epithelium. If the body starts to progress cancer, these cells begin to grow and multiply very quickly. However, there are various forms of thyroid carcinoma in which the growth occurs not so quickly. It can also depend on the extent of the disease and some other features. Thyroid cancer is usually suspected after it detects the presence of the node. And resolution of the diagnosis take a piece of cloth that node and examine it under a microscope. In addition, when a remote the thyroid gland, its also been under the microscope and as a consequence diagnose.

Features of papillary carcinoma of thyroid

It is very important to know that this kind of thyroid cancer is currently the most common and it falls more than 75 % of all cases of oncological diseases of the body. The shape of capillary thyroid carcinoma is more light compared to the rest. It often put the patient a favorable prognosis. From features it is worth noting that this disease can occur in children and older people. However, most frequently it begins to develop in people aged 30 to 40 years. This kind of thyroid cancer is not progressing quickly and is not particularly aggressive. But it is dangerous because it moves to the cervical lymph nodes and thus the lymphatic system it can spread to other organs. However, much to the delight of the level of such metastatic thyroid carcinoma does not affect the prognosis. And if we turn to statistics, the mortality rate from this disease is only 1% of all cases. But it is a good and positive indicators for cancer.

If we talk about the prevalence of follicular carcinoma of the thyroid gland, it is 15 % of all diseases of the body oncological character. Here the disease is more aggressive and progressive. Suffer from this cancer are people over the age of 50 years. At the same time than the patient is younger, the theme of his favorable forecast. Here also there are often cases of metastasis. While the tumor metastases most commonly in the cervical lymph nodes, brain, lungs, and bone. It is important to note that this cancer is not invasive and this means that it does not penetrate the deep tissues of the body. It was also confirmed that the lack of iodine in the body, the follicles can turn into a follicular cancer.

This type of carcinoma ranks third in frequency of occurrence and he falls from 5 to 8% of all cases. Developing medullary carcinoma of the thyroid parafollicular cells of the body that synthesize the hormone such as calcitonin. The synthesis of this hormone is also checked after the surgery to remove the cancer tumor of the thyroid gland. Here the frequency of cure lower than the previous forms of carcinoma. If you talk about the features of this type of thyroid cancer, the first thing is to say that women are more likely to suffer them than men. Development is most often associated with endocrine tumors. First, with this illness there is regional metastasis, and then it spreads to other organs and systems. It has nothing to do with radiation effects on the body. And most often, it begins to develop in the upper lobe of the thyroid. After surgery, the patient every four months for several years to measure the level of calcitonin. Further, this procedure makes everysix months for the whole of human life.

And this kind of cancer of this organ has is particularly aggressive and is undifferentiated tumor. In this situation, the cancer cells grow and multiply with surprising speed. And it gives you very small chances of a favorable prognosis and successful treatment. However, fortunately, such tumors are not common and people and people at a young age they almost never occur. Are the main symptoms of thyroid carcinoma of this type, which can be recognized anaplastic thyroid cancer, namely:

For the treatment of any type of carcinoma of this organ used a variety of modern methods of treatment. So, most often resort to surgical intervention with removal of part and whole body. Can also be used treatment with iodine, thyroidectomy and radiotherapy.

Thus, it is important to remember that the thyroid gland is a crucial organ that is primarily responsible for the entire endocrine system. Because of this, we cannot ignore the slightest sign of any disease and you need to immediately go to a specialist. After this you need to start the correct treatment that will protect you from unpleasant and serious consequences.