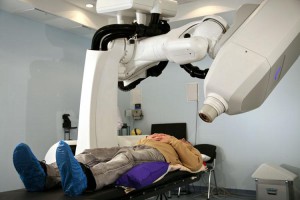 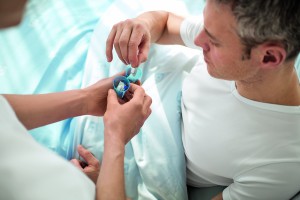 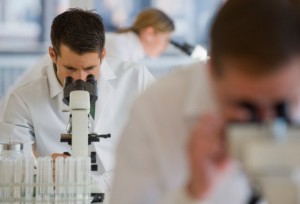 Home / Cancer treatment / How is chemotherapy?

Chemotherapy is one of the methods of treatment of malignant tumors. Simply put, it is the medication. Why is the purpose of chemotherapy is often frightening patients? The problem is that drugs that are able to cope with cancer cause many side effects. These drugs are powerful poisons, and along with diseased cells, kill healthy. Some people prefer to rely on the doctor, and someone wants to know how is chemotherapy what will happen in the body and what are the consequences and prospects for treatment.

Most often chemotherapy is part of a comprehensive treatment. In some cases it is performed before the operation, in others after it. In some cases, it remains the only possible method of treatment.

Anticancer drugs destroy cancer cells, inhibit their division. This is due to the fact that drugs have an impact on membrane of tumor cells and destroy their internal structure. There is a group of drugs that increase the so-called antitumor immunity.

In medical practice most often prescribe a complex of several anticancer drugs. Proven combinations of medicines are more effective. Some drugs enhance the antitumor effect of radiation therapy. Others are better able to cope with the destruction already irradiated tumor cells. For this reason, radiation therapy and chemotherapy are often used in parallel.

Medical professionals subdivide the types of this method of treatment depending on the drugs and their combinations. As a rule, are assigned to certain treatment regimens, denoted by Latin letters. Patients of chemotherapy are divided by color.

What color is chemotherapy?

In the treatment of cancer patients generally use different kinds of chemotherapy. This is necessary to maximize and fully affect cancer cells.

How is it treated?

In most cases, drugs are administered intravenously. It can be simple injections or IVS. In the second case, the drug may be held for several days in a row. Then put into a vein catheter.

Other methods of drug administration:

Of course, the main consequence is the reduction of the tumor, the suspension of its growth, the patient to return to normal life, or at least its extension. However, the chemotherapy drugs have toxic effects, therefore, besides the positive effects thereand negative side effects. As a rule, the more toxic the drug, the greater its positive effect. However, a noticeable deterioration of health and several other issues make chemotherapy a serious test for the patient.

All these problems can occur in different combinations in different patients. They can be pronounced or weak to occur. Some of them, for example, the loss of hair starts after two to three weeks. Some, for example, vomiting after chemotherapy can occur immediately after ingestion of the drug.

When taking a normal medication side effects are always a reason for their cancellation. In the case of chemotherapeutic drugs this rule does not apply. The treatment continued in accordance with the appointment of a medical oncologist. Although in some cases the health of patients can rapidly deteriorate. But it's not necessary. It all depends on the dosage, the condition of the tumor and characteristics of the person. To complete the course of chemotherapy do not always need a long time to go to the hospital, many treatment regimens allow to do everything as an outpatient.

After cessation of the treatment course all the negative effects the body gradually overcomes. Hair grow, restores the stomach, intestines.

Some peculiarities of treatment of different localization of the tumor

Chemotherapy for bowel cancer is as adjuvant treatment. It will be important after removal of the tumor with the probability of its recurrence. In this case, it is important to destroy any cancer cells that might be in the blood or lymph nodes. Treatment can be either inpatient and outpatient. Chemotherapy for rectal cancer reduces the mortality rate up to 40%.

Chemotherapy for ovarian cancer most often is carried out systematically, that is, medications are injected into the bloodstream and affect all the tissues and cells. In some cases, when the localization of the tumor, the drugs are injected through a catheter into the abdominal cavity.

Chemotherapy for cancer of the lung is performed before the surgery and after it. For inoperable tumors, it can become the only possible treatment. Chemotherapy significantly prolongs the patient's life and improves its quality.

The effectiveness of chemotherapy in liver cancer is not very high, because the drugs badly affect the cancer cells in this organ. Lately there is a new medications that may change the situation. Also more effective is the introduction of drugs into the hepatic artery.

Features of chemotherapy in pancreatic cancer is that it is assigned, as a rule, after the surgery and has many contraindications. The mortality rate with this type of cancer is very high, so it is very important the correct choice of treatment regimen that gives the patient.

The dosage of drugs, duration and number of treatments depend on the type of cancer, stage of disease, response to medications particular person. In some types of tumors, there is a standard of treatment that involves the use of specific drugs. But there are those whose treatment is not amenable to standardization, and requires only an individual consideration of many factors.

Often you can hear complaints against doctors that they don't put enough efforts for treatment. Tounfortunately, even in many types of cancer medicine. Although this area is ongoing extensive research.