Treatment of ovarian cancer: methods and their characteristics

Ovarian cancer is most common in women in postmenopause. This is the time when women no longer regularly see a gynecologist. This is what often leads to the fact that ovarian cancer is diagnosed in the later stages. The doctor may suspect the disease even during a normal pelvic examination. Also informative will be the results of histology, which is performed after taking a swab during examination. The treatment is much more effective in the early stages of the disease.

While there is nothing fundamentally new in the treatment of this disease has been invented, it is treated like any other cancer with surgery, chemotherapy and more rarely radiotherapy.

For decision-making on measures to treatment is a comprehensive examination that determines the size of the tumor, the stage of its development, the presence of metastases.

The main treatment is surgery, which is performed in a different volume If the tumor has reached considerable size, was found to have metastases, the first can be assigned to chemotherapy, and surgical intervention is performed later. Chemotherapy is appointed and after surgery to destroy cancer cells remaining in the body, prevent the relapse or metastasis.

Feature of ovarian cancer is that it quickly spreads through the abdominal cavity. Because of its rapid spread often have to resort to major surgery. During the surgery is a hysterectomy (removal of the uterus), removal of ovaries, fallopian tubes. Also resort to the removal of parts of adipose tissue in the abdominal cavity, and examined all the nearby organs. In case of revealing of signs of tumor in the intestine carry out the removal of the damaged portion and the connection of the intestines.

Studies have shown that even incomplete removal of cancerous lesions in the abdomen reduces the speed of the development of the disease and increases the chances of a positive result, follow-up treatment.

The effects of surgery 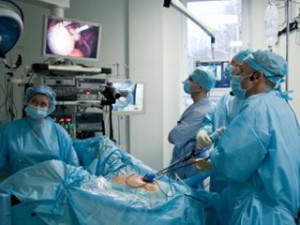 The operation, which is performed hysterectomy is a very difficult experienced by women, and, from a physical point of view, and psychological and emotional.

On a physical level, if a woman is in menopause or postmenopause can go through a healing period after surgery. If menopause has not yet occurred, it is likely that the patient expect the symptoms after surgery.

The signs of the menopause as a possible consequence of hysterectomy:

On a psychological level, women are very hard to tolerate the operation, especially if the reproductive age. May develop of depression, loss of interest in relationships with loved ones. To avoid the negative consequences of the patient after diagnosis, before surgery and after it need psychological support.

Chemotherapy before surgery is carried out, in order to reduce the size of the tumor and make it operable. After surgery this treatment is very important to obtain in full, is the prevention of further spread of the tumor and metastasis.

Treatment regimens can be different. Effective drugs proved to compounds of platinum. Recently, the widely used drug Taxol, based on the yew bark. There are also other antitumor agent. They were appointed simply to the individual dosage.

The last method of administration is effective in ovarian cancer, as it spreads through the abdominal cavity rather quickly, but rarely extends beyond it. 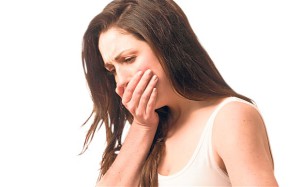 Modern chemotherapy drugs do not require a long hospital stay, side effects are lower than they were in previous generations of such funds.

Side effects of chemotherapy drugs:

The force of the main features of the disease, that is spread via the abdominal cavity, radiation therapy does not always produce the effect. Because the lesion is extensive, requires the full irradiation. However, it carries many side effects:

For these reasons, this type of treatment for ovarian cancer is quite rare.

The prognosis of the disease

Detection of ovarian cancer in two first stages and early treatment means higher chances of recovery and lack of recurrence. In the later stages the chances are significantly reduced. Possible fatal, but many patients are able to take the problem under control and continue to live, maintaining a reasonable quality of life.