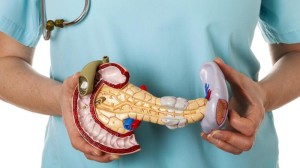 Home / Lipoma / How is lipoma of the liver?

How is lipoma of the liver?

Lipoma is a benign tumor that consists of fatty tissue. In some cases adipose tissue can join and other tissues (e.g., muscle), but this is the kind of tumor. Lipomas can be formed in a single amount or to form the plural, gradually merging together. Localization of lipomas is characterized by many variations. Education can be formed on any area of the body to hit the mucous membranes, to form on the internal organs and in the meninges, making them particularly dangerous. Lipoma of the liver is one of the variants of Wen internal organs, which can be dangerous for the patient.

Reliably the causes of lipomas has not been established. But there are certain assumptions about what causes these formations are formed.

These are the main alleged causes of fatty tumors of the liver.

For a long time lipoma of the liver are asymptomatic, which complicates diagnosis. The tumor may be discovered accidentally during examination of the patient for other illnesses.

Overall this is a very rare condition that often affects patients after the age of 30. By itself, the lipoma does not pass, it requires mandatory treatment. Education is able to reach huge sizes, hit the nearby organs, disrupting their functioning. Pain with pressure, disruption of the liver or other organs can cause of examination in which the diagnosis of lipoma. 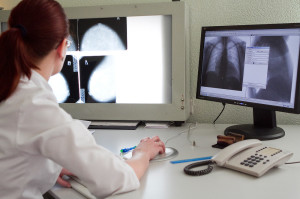 Lipoma can be detected by conducting x-ray examination. In this case, requires the use of a contrast agent to the patient. Computed tomography is also ideal for the detection of fatty tumors in the liver. The ultrasonic examination allows to detect in the thickness of the adipose tissue lipoma. After its detection requires laboratory testing.

In determining the nature of the tumor resort to fine-needle puncture aspiration biopsy. After collection of the tissue by means of puncture is carried out subsequent cytological examination. In addition to the required General clinical laboratory examination including General blood and urine analysis, biochemical analysis of blood for HIV, syphilis, hepatitis and other diseases that can hamper surgical intervention.

Dangerous than the disease?

There are some significant points what is dangerous lipoma of the liver. The disease in the long able to acquire a malignant character.

Lipoma can turn into a liposarcoma is a malignant tumor. Degeneration often occurs in the injury of education. This is a dangerous disease with late detection can metastasize to other organs, then a favorable prognosis for the patient is drastically reduced.

The large size of the lipoma able to squeeze the surrounding tissue. As a result, interferes with the normal circulation, pressure is exerted onthe nerves that accompanied by pain.

For some reason lipoma is able to become inflamed, which also causes pain in the patient, and can also cause diseases of other organs (e.g., hernia).

Treatment is carried out surgically. This allows to eliminate not only fat education, but in most cases to prevent relapses. When the operation is carried out husking capsules education. Perhaps the minimally invasive surgery.

But only one surgery is not enough to prevent recurrence. It is important to restore the normal functioning of the liver, which can prevent the formation of slagging in the future. The maintenance of the gastrointestinal tract, treatment of its pathologies will also reduce the likelihood of developing lipomas in the future.