Such a malignant disease such as choroidal melanoma, found in medical practice is quite rare, and mainly affects the elderly. Evolving pathological process in the choroid under the sclera, which restores visual substances and nourishes the retina. For melanoma characterized by unilateral lesion, and only in some cases there is a bilateral involvement of the eyes.

The reasons for the development

Basically, this cancer is common in people of European appearance, both men and women. Almost never develops choroidal melanoma in children.

Usually found in nodular and planar melanoma. When nodular form in the outer layer of choroidal tumor is formed rounded in the form of a mushroom. Education has a darker or lighter color depending on the pigment. Among the malignant diseases of the eye.

The planar form occurs in the thickness of the choroidal and often beyond the eyes. This can be expressed extraurbane nodes. 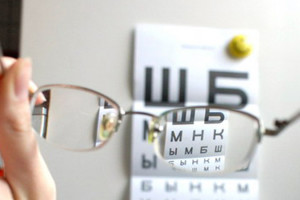 Of the clinical signs the patient has problems with vision, reduced sharpness, clarity, appears bleeding and other symptoms. It is possible to have asymptomatic course, in case the tumor extends beyond the macula.

The patient then complains of the appearance of dark spots before the eyes. Indicates the presence of tumor scotoma, and severely limited education in the fundus. The mobility of the eyeball is impaired. Intraocular pressure increases. In addition, you receive glaucoma, farsightedness, vision loss, changes of the pupil and others. In the later stages flaking occurs of the retina, and formation of metastases to bones, liver and other organs and tissues.

To detect the disease is quite difficult, especially at the initial stage of development. During the examination of the eye using Ophthalmoscope tumor visible as a pigmented nodule. Should alert changes the contours of the implant nodules and pigmentation. The diagnosis is physician oncologist.

The main method of treatment is enucleation of the eye. If the melanoma has grown beyond the eye, exenteration is performed.

In addition to surgical treatment radiotherapy. Sometimes applied laser coagulation of the tumor. In addition, can be administered radiotherapy, thermotherapy, and other methods.

Further prognosis depends on the condition of the patient, the severity of the pathological process and the presence of metastases. Usually, this tumor rarely metastasizes and therefore chances of survival are high. More serious is the risk of education that go beyond the eyeball. Approximately 80% of people with melanoma of choroidal fixed five-year survival.