How to treat brain metastases?

The cancer threat is not only that is growing rapidly, but its ability to spread via metastasis throughout the body. Metastasis of the tumor usually starts in the 4th stage of cancer of any organ. The brain metastases have been diagnosed 5 times more often than brain tumors. Most metastases penetrate into the brain through the blood stream.

The prognosis of the disease in the fourth stage of cancer, complicated by brain metastases, are disappointing. Such metastases have a significant negative impact on the life expectancy of the patient and his health. In most cases, cancer with metastasis to the brain is not curable, but the treatment of brain metastases does occur.

The symptoms of brain metastases include:

Most of the symptoms is caused by increased pressure in the brain. As long as the size of the metastases are small, they might not be. 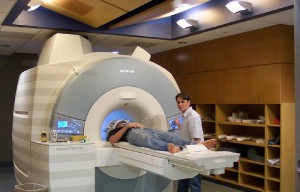 If a person showed signs of metastasis to the brain, it should pass inspection. For the diagnosis of metastases in the brain used magnetic resonance imaging (MRI) and computed tomography (CT). MRI, especially with contrast injection is best suited for the search of brain metastases. X-ray, ultrasound, mammography and other methods are used to search in the body of the primary tumor.

On MRI metastases in the brain are entities with a clear border almost correct round shape. The diagnosis must be differentiated metastases to the brain with abscess and necrosis of the brain, hemorrhage, stroke, granulomas and primary brain tumor.

Treatment of a brain metastasis is neurooncology and neurosurgeons. The aim of such treatment is to prolong the patient's life and maintain quality of life. Treatment of metastases is performed by means of brain surgery, chemotherapy, radiosurgery and radiotherapy.

To relieve symptoms caused by metastases, the use of corticosteroids (to reduce cerebral edema) and anticonvulsant drugs. With the use of hormonal therapy the effect of treatment is pronounced. However, since glucocorticoids have many side effects, worse with prolonged treatment, long can not be applied. 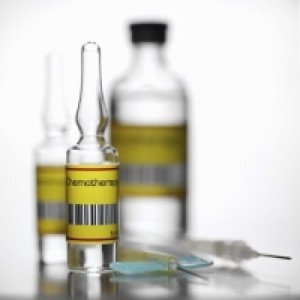 Chemotherapeutic drugs are used in conjunction with other methods of treatment of metastases, because the susceptibility to this method of treatment is very individual. In many cases, chemotherapy drugs can't penetrate the brain tissue because of the natural barrier which prevents the ingress into the brain of various substances and microorganisms.

Radiation therapy is the main treatment for brain metastases, having dimensions up to 20 mm. If the brain tumor metastases, the radiation can help stop their spread, or even get rid of them. The relationship between dose and therapeutic effect has not been fully elucidated.

Multiple brain metastases treated with radiosurgery. CyberKnife is effective in the treatment of pockets up to 6, 4-5 cm each. CyberKnife is the most sparing method of treatment of brain tumors andof brain metastases, which appeared in the most remote places. Ionizing radiation high power leaves intact healthy brain tissue and destroys the metastases, the impact is made at the same time. For accurate alignment of the beams responding computer system.

If diagnosing only one metastatic education and it is accessible to surgical removal, it is removed surgically. Metastasis is usually demarcated from the brain tissue, so its deletion is not responsible or neurological effects. Removal of brain metastases is a palliative measure of treatment designed to increase the life expectancy of the person sick of the 4th stage of cancer.

Modern methods of neurosurgery allow you to do brain surgery under local anesthesia to use during surgery, an MRI that allows us to achieve in most cases full and successful removal of tumors and metastases. If metastasis has penetrated deeply into the brain tissue, then it is removed partially. This helps reduce the pressure on the tissues of the brain and alleviate neurological symptoms for some time.