Treatment of liver metastases determine their prevalence and degree of liver failure. Correctly chosen treatment can significantly improve the patient's condition and life.

The formation of metastases in the liver

Cancer cells are aggressive and spread through the body, settling in different organs. Exactly what form metastatic secondary tumors. Features of blood circulation of the liver are such that in some structures the flow of blood slows. This is a favorable factor for the accumulation of cancer cells and early growth of metastases.

Causes of liver metastases is a primary tumor. Most often metastasis to the liver is in malignant tumors of the stomach, intestines, lungs, melanoma. Thus, the neoplastic process is so intense that formed multiple secondary metastases in the liver.

The presence of metastases said about the prevalence of malignant process. By this time it may appear common symptoms of cancer:

In addition to the General manifestations are specific characteristics of liver metastases, which are related to its defeat and hepatic insufficiency.

The symptoms can take quite a while clearly not to be felt or to be oiled. This prevents timely diagnosis. Often the first signs are disorders in the stomach and intestines. Ascites usually starts in the later stages. The most characteristic symptom of jaundice in liver metastases. However, it is not always explicit.

What to do if liver metastases? First need an accurate diagnosis. It will allow you to choose treatment. If no action is taken, the process will spread faster. Liver function is diverse, so her damage and reduced efficiency leads to unpleasant consequences. Because of the growth of neoplasms may arise an emergency situation when you need urgent intervention of the surgeon, for example, compression of the inferior Vena cava.

Patients, as a rule, interested in how to stop metastases in the liver or at least slow their growth. Methods of treatment of liver metastases are the same as in other types of tumors: surgery, chemotherapy, radiotherapy. 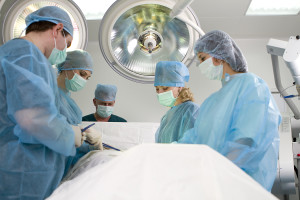 Surgical treatment with resection of the liver metastases is most often used when tumors are isolated and affect a small area of the body. The most positive results bring such operations in the case of primary bowel cancer. With a single metastasis can be effective radiation therapy. Modern techniques allow us to irradiate only the tumor in her body is placed a drug containing a radioactive element. Such an effect allows you to stop or slow further growth of the metastases.

However, radiation therapy and surgery do not bring the desired effect in the treatment of multiple liver metastases. In such cases, resort to chemotherapy. Chemotherapy systemically affects the body and destroys cancer cells circulating in the blood and lymph, as well as already settled in the bodies. Products are introduced into the body in different ways: intravenously through IV drip or injection, by mouththe form of tablets. The most commonly used cytotoxic drugs which affect rapidly dividing cells. Most healthy cells in the body is not, so the main impact will get cancer cells. The most active in terms of cell division of hair follicles, so they are in large numbers suffer during chemotherapy. This explains the fact that during the treatment the hair falls out.

The side effects of chemotherapy:

An effective modern method of chemotherapy for liver metastases is considered to be chemoembolization of the arteries that feed metastatic tumors. The arteries are special microspheres containing chemotherapeutic agent. There is the cessation of blood supply to the lesion and the accumulation of the drug in it. In the result the cancer cells die and the effects are limited to the liver, and the number of side effects is significantly lower than with traditional chemotherapy.

During treatment of any disease it is important to eat right. In this case, you need a diet that will spare the liver. Meals should be frequent, but small portions. We need to completely eliminate any canned foods, alcohol, sodas, all fatty, fried and smoked. Food should consist of natural foods without chemical additives. If you have problems with the liver, the body requires a large amount of protein, therefore it is recommended to consume dairy products, fish, meat, but they must be low-fat. Useful are vegetables and fruits.