Malignant tumors can appear anywhere on the body. It is formed from cancer cells that appear daily. During normal operation of the immune system these cells are quickly destroyed, however, in some cases the immune system is unable to cope with them. There are a malignant tumor. They are distinguished from benign in that it is able to spread throughout the body, forming metastases in all organs.

Cancer cells can be easily separated from the tumor. They are distributed throughout the body, as they easily enter the bloodstream and lymph. For example, breast cancer quite often metastasizes to bone and other organs. These secondary tumors are composed of the same cells as the primary tumor, and can also metastasize. That is, the formation of metastases significantly worsens the situation, as an additional source of free cancer cells that can spread through the body.

Malignant cells are certainly not freely travel through the blood and lymph system. A large number of them are killed under the influence of many factors. Those that survive form a new tumor. Her survival is required to germinate in the surrounding tissue and to form their own circulatory system.

Metastases can be local and remote. The latter can be very far from the primary tumor, and most often they are distributed in many organs, the formation of metastases throughout the body.

Features of formation of metastases

Most of the process of metastasis starts on the second or third stages of cancer. Early detection and timely treatment can prevent further malignancies. Also, this process depends on the type of tumor. Often multiple metastases give:

The development of metastases also depends on the age of the patient. But to a greater extent on the overall condition of the body. As a rule, the appearance of metastases already suggests that the body is very weak and poorly resists pathological processes. The more distributed the new centers, the weaker the resistance of the body.

A negative influence of metastases

The impact of metastasis on the body is very strong. They germinate in tissues and organs disrupting their integrity, structure and function. In addition, they form waste products that poison the body, significantly worsen health. The more formed metastases throughout the body, the stronger the intoxication. Patients feel bad, they have significantly reduced efficiency, loss of body weight. Metastases cause pain, which is constantly reinforced, gradually becoming unbearable pain. 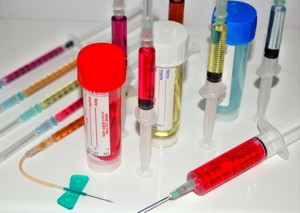 Today medicine can significantly alleviate the condition of patients with multiple metastases of the internal organs. It is possible to suspend the process of metastasis and prolong the life of the patient. For this purpose, as the classic traditional and new methods.

Methods of treatment of metastases:

When multiple metastases, unfortunately, the prognosis is unfavourable, because the body caused considerable damage. In these cases, conduct local treatment, and the overall impact on the body. During chemotherapy, for example, develops a lot of side effects and complications from the effects of drugs. However, thiscan slow or halt the destructive processes in the body. In severe pain are assigned to the painkillers that help relieve suffering.