For alcoholic cirrhosis the genes responsible 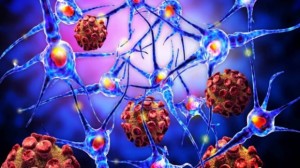 The immune system against cancer

What they are, dangerous moles?

It will be possible to diagnose many illnesses including cancer, just breathing. To do this, Japanese scientists have developed a special touch screen with a built-in sensor. This screen will connect to the smartphone.

The developers claim that the diagnosis of the disease can be in the early stages. The basis of the sensor is a tiny chip that can identify compounds contained in exhaled human air. Thanks to the use of the sensor via smartphone, information can be immediately analyzed and, if necessary, to transport the doctor.

A sensor prototype is ready, but it requires significant improvement, as usually happens in cases of creation of new devices. Several more years will it take scientists to bring it to release in mass production. The sensor must be very compact, easy to embed in a smartphone. An important part of the device database in which data on compounds in exhaled air and from its Association with a particular disease. From the richness and completeness of the database will depend on the accuracy of the diagnosis.

Another important point needing further elaboration is the cost of the sensor. The developers believe that it needs to be budget, then its creation would make sense, because at an affordable cost smartphone with such a sensor will be able to use it, and the possibility of diagnosis of diseases by exhaled air will be able to use a large number of people. According to preliminary information the device will become available for mass use around 2022.