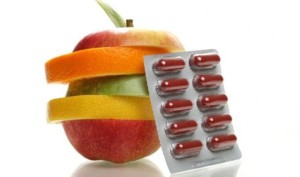 The study, published in the German scientific journal Angewandte Chemie, reports of scientists on a new method of diagnosis and treatment of skin cancer. As you know, skin cancer, especially melanoma, is a very aggressive disease that takes many lives.

The new study is based on identifying the marker of the growth of melanoma called tyrosinase. Swiss scientists have revealed that this enzyme contains in overripe banana peel. During the formation of tyrosinase banana skin is covered with small black dots. This enzyme is present in the skin of patients with melanoma.

Based on the data obtained in the course of research, was created a scanner that is able to detect the marker. The device allows to diagnose the disease and destroy abnormal cells.

The scanner is designed so that the flexible electrodes in the form of teeth are on the skin's surface and collect data. Underway measurements of the amount of tyrosinase, and also takes into account its distribution on the skin.

The first test of the new scanner was conducted on a banana peel, as spots on her almost the same spots on the human skin with melanoma. Such experiments allowed to teach data without the involvement of to test people. The results of the tests showed that the scanner can be used to diagnose melanoma in early stages. In addition, it is possible to destroy cancer cells.