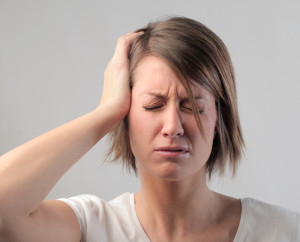 Benign tumors represent a conglomeration of cells that have lost the ability to control the mechanics of cell division, but retained the ability to differentiate cells. Cells from benign tumors can originate from any tissue of the body, depending on localization. A benign tumor is characterized by slow growth without penetration into the adjacent tissues and organs. Thus, surgical treatment usually has a positive result in most benign tumours do not recur and do not metastasize.

Benign breast tumor gradually increases in size, squeezing the surrounding tissue, but not wilts them. With self-examination, the woman can detect a lump in breast cancer and panic. But this does not mean that life is over. It is urgent to appeal to mammologist. In Russia this area of medicine do oncologists.

The reasons for the development of pathologies of mammary glands

Unfortunately, not fully understood the reasons for the development of benign mammary gland tumors. But identified risk factors that contribute to their development. These include:

Treatment of benign breast tumors performed, depending on the type of tumor, stage of disease and condition of the patient. Often resort to surgical treatment. Whenever possible, a conservative treatment of small cysts of the mammary gland and associated diseases, which could be the reason for the development of benign tumors (for example, correction of a hormonal background).

Let us examine in more detail each type.

To mastitis include more than 50 types of benign breast tumors characterized by common symptoms. Develops the breast in women aged 30 to 50 years as a result of hormonal imbalance. Distinguish between nodular and diffuse mastopathy.

The clinical picture is accentuated in the premenstrual period, when hormonal changes and subside after menstruation. Depending on the speciesof people receiving appropriate treatment.

Fibroadenoma is most often detected in young women (20-35 years). Characterized by slow growth, a clear outline, at a palpation is reminiscent of a rolling ball. Causes include chest trauma, hormonal imbalance. Distinguish normal fibroadenoma and phyllodes fibroadenoma. In contrast to the usual leaf-shaped fibroadenoma always marginesie (degenerates into a malignant tumor).

Diagnosed with a fibroadenoma by ultrasonography and mammography. Treatment is exclusively surgical.

A benign tumor of the ducts – one of the varieties of nodal mastopathy. Can develop at any age and to be a consequence of hormonal failure. Patients complain of unpleasant, painful when squeezing breast sensation and nipple discharge clear, brown-green or blood-tinged fluid. Papilloma may be single education, but there are multiple intraductal papilloma.

For the diagnosis of conduct galactografia (x-ray examination of the breast with injection of a contrast agent in the glandular ducts). Treatment is also surgery.

4) Cysts of the breast 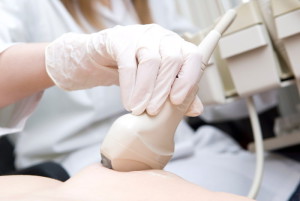 Causes of cysts can be hormonal disorders or age-related involutive structural changes of the glandular tissue, as well as in history of the inflammatory processes in the mammary gland.

The mammary adipocytes (fat cells) play the role of hormonal depot for estrogens, progesterone and androgens. Androgens under the influence of the process of aromatization into estrogens (estrone and estradiol).

Estradiol being the most potent female sexual hormone, is produced only directly in the follicles of the ovaries during ovulation. But in menopause its synthesis in the ovaries ceases and there comes a shortage of estradiol, which leads to decrease in immunity, deterioration of the condition of the hair, skin, heart, brain and blood vessels.

Despite the fact that estrone and estradiol are mutually convertible hormones, conversion of estradiol to estrone occurs more often than Vice versa. So during menopause, when continuing the synthesis of estrone in adipose tissue, estradiol levels remain quite low.

Estrone is produced also not only in the ovaries (45%), but also in adipose tissue (50%) and in the adrenal glands and other tissues (5%). Therefore, the more adipose tissue in women before and after menopause, the higher her body the content of estrone. High concentration of estrone in the body leads to an increased risk of developing breast cancer 150-200% of women are obese.

As a result of violations of the outflow of secretions from the ducts of the mammary glands, formed by the stagnation in the mammary alveoli. The alveoli expand, creating a cavity, "sacks" filled with glandular secretions. Cysts can be single and be placed in only one breast or multiple and hit both.

Symptoms of cysts of the breast

Treatment of cysts of the breast

If the cyst is large in size, then under the control of ultrasound performed a fine needle to puncture the cyst and removed from the cavity fluid. Back in the cavity of the administered substances that glue the wall and promote rapid healing.

Predictions of treatment of cysts of the breast are favorable and rarely relapses. Important not to run disease, as the enlarged cyst can degenerate into cancer of the breast. 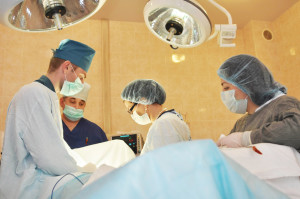 Lipoma is a benign tumor of adipocytes (fat cells) of the breast. Found in women during hormonal changes in the body (40-50 years). Lipomas are soft texture and moderately dense, painless, can grow up to 10 cm.

With self-examination a woman can pay attention to that when feeling the chest found a painless seal, soft consistency with a clear border.

Diagnose a lipoma with ultrasound and mammography, which show a clear boundary of the tumor, its size and localization. Also be sure to analyze the piece of tumor for a biopsy to exclude sarcoma of the breast.

Treatment is only surgical.