Bladder cancer in our time it is treatable

Home / Tumors / A tumor of the pituitary gland. What is it?

A tumor of the pituitary gland. What is it?

Treatment of tumor exists, it involves surgical removal of the adenoma or control its growth. And drugs can normalize the production of hormones by the pituitary gland. That is why it is so important to early recognize the disease and immediately consult a doctor, which is possible because the pituitary tumor is not an asymptomatic disease in 80% of cases.

Pituitary tumor progresses if not there is a diagnosis and its results does not apply an effective treatment. To identify the disease perhaps because it is accompanied by a number of symptoms that indicate adverse changes in the body.

All symptoms of the disease can be divided into the following groups:

Signs of endocrine and metabolic syndrome occur because of excessive secretion of the hormone by the pituitary gland leads to tissue damage and other changes in the human body. All this is natural: the pituitary gland is brain appendage, responsible, including, metabolism, growth and development of the body. Therefore, when failures in its work by a chain reaction of malfunctions in the body. Due to these reasons, in many cases, when excessive production of tropic hormone begin to hyperfunctionality other organs or glands.

It is not uncommon to recognize a pituitary tumor, due to the fact that diagnosed the hyperthyroidism. What is the connection? Hyperthyroidism is characterized by a persistent increase in the amount of thyroid hormone. This may be due to the fact that thyroid-stimulating hormone, which normally is synthesized by the pituitary gland which controls the thyroid gland due to tumors of the pituitary gland begins to stand out in excess. The consequence of this process is ongoing stimulation of the thyroid gland, which begin to secrete hormones – thyroxine and triiodothyronine. That's the connection between excessive work of the enlarged pituitary gland and a disease called hyperthyroidism.

You can give another example. So, hyperadrenocorticism (or a disease Itsenko-Kushinga) is a disorder of the brain, which is accompanied by increased production in the pituitary adrenocorticotropic hormone. This hormone is responsible for normal functioning of the adrenal glands, but since it is produced in excess amounts, the adrenal glands increase in size and secrete excess glucocorticoids. The cause of the disease, in contrast to hyperthyroidism, is not a wrong work increased in size of the pituitary gland. However, a disease Itsenko-Kushinga is always accompanied by enhanced production of the pituitary gland.

Two example allow to draw important conclusions. First, the symptoms of pituitary adenoma in some cases can hide the symptoms of another disease. The reason for this is that, as a symptom of tumor of the pituitary gland acts as an endocrine-metabolic syndrome, the result of which is the influence of the pituitary hormones secreted in excess, to the target organs. Secondly, this situation explains why in some casespituitary tumor diagnosed for hyperthyroidism and hyperadrenocorticism. In the first case, it is reason, the second companion of the disease.

Symptoms if a pituitary adenoma indicates primary optic atrophy, are to change the range of view (i.e., fields). Also characterized by hypoxia, that is as obvious oxygen starvation, causing in humans deteriorating eyesight. The severity of these signs may be different, all depends on the intensity of growth of the tumor and its size.

If the tumor continues to increase in size in the upper part, the damage of hypothalamic structures, that is, observed changes in the intermediate brain. Such changes are extremely dangerous. The fact that the hypothalamus controls the endocrine system of the human body, it connects the nervous and endocrine regulators, ensuring the functioning of the neuroendocrine system. His neurons can exert inhibitory or stimulating effects on the pituitary gland, thus controlling its activity. When damage to the hippocampus, he will not be able to perform the functions of the endocrine regulation. The tumor can grow in the lower part, it is because of this a person can suffer from nasal congestion and secretions cerebrospinal fluid from him. 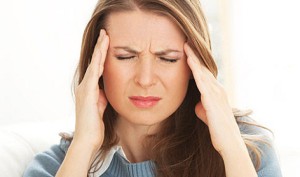 Another outward manifestation of pituitary adenoma is a headache, which is localized in the frontal, temporal and orbital parts. If we talk about the nature of the pain, it is whining, stupid character. Vomiting with headaches is rare. It is also impossible to say that the pain increases or, conversely, decreases when changing body position. When you use man wishing to block pain, analgesic agents (analgesics), no relief comes, the pain goes away. Headache with adenoma of the pituitary gland tends to increase suddenly, but not without reason: increased headache – a sure sign that the adenoma increases. Tumor growth may occur during pregnancy or in a situation when there is hemorrhage into the tumor.

Cautioning the reader from incorrect conclusions, we note that a hemorrhage in a pituitary adenoma is not fatal phenomenon. Such hemorrhages in the disease are quite common, and this naturally leads to the deterioration of visual function and increased headache. But, oddly enough, eruptions can cause a spontaneous cure in a case if increase of the pituitary gland caused by hormonal activity. Most often this occurs when prolaktinome.

What the x-rays, or radiographic manifestations scale

X-ray examination with a pituitary adenoma will show that modified forms and sizes of the Turkish saddle (it's the sphenoid bone of the skull, in the centre of which is the pituitary gland), bony structures are in the process of destruction and thinning, will also reflect a number of other adverse changes in the pituitary gland and other structures that are near him.

Pituitary adenoma is a very dangerous disease for humans, not allowing him to normalize quality of life. But, fortunately, it has a number of external manifestations of diversity were considered. And therefore most importantly be attentive to your body and if you notice signs make a right step to consult a doctor.