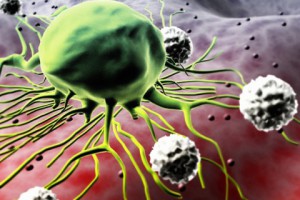 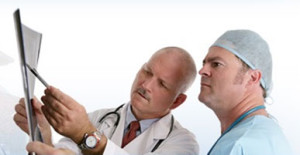 Should not put your hands in the diagnosis "Cancer"

Home / Tumors / The tumor of the rectum. How can you recognize?

The tumor of the rectum. How can you recognize?

The rectum is located in the pelvis. This is the ultimate division of the large intestine length of 15-20 cm, which completes the formation and accumulation of feces, and leadeth them out. The rectal tumor is benign or malignant.

A benign tumor of the rectum may be epithelial and not of epithelial origin. It is formed from any tissue (muscle, connective or adipose) or from lymph and blood vessels (these neoplasms are rare). Benign tumors include:

Most of them are defined on palpation. Fibroma, myoma, neuroma, and lipoma located in the subserous layer of the rectum, therefore, can only be detected during operation.

Benign tumor in the connective tissue. Has a dense structure and small in size (1-1. 5 cm), light pink or Nude shade and smooth surface.

The fibroids must be treated. Untreated, the tumor increases in size, interferes with the normal emptying of the bowel is often injured and can degenerate into malignant. The main method is the removal. Methods:

The choice of method depends on the nature, size and location of the tumor. The operation is performed under local anesthesia. Hospitalization is not required.

Is formed from submucosal tissue or muscular longitudinal fibers. Can be in thickness of walls or act as dense polyp. In the rectum appears very rarely.

The main method of treatment is removal.

These benign tumors are even rarer. Are single lobed tumors in the subserous or submucosal layer. Have a soft structure, grow slowly and rarely become cancerous. A lipoma usually does not bother the patient. People know about it only when it significantly increases or falls out of the anus.

Pulsating tumor of spongy structure. Represent multiple cavities with blood. Differ bright crimson hue. The tumor is easy to squeeze, and just as easily it takes the same form. Often a cavernous angioma bleed. Can shawlette and fester.

The main method of treatment is removal. With the defeat of the thickness of the intestinal wall and the outside may require resection of the entire modified portion of the rectum.

Formed from the epithelium of the mucosa. Have different structure, shape and size.

In the early stages of symptoms. Later symptoms such as:

Polyps have a tendency to malignancy. Treatment of colon cancer depends on its size and prevalence. Single polyps can be removed through the anus with a scalpel or electrocautery. If histological analysis confirmed the benign nature, the treatment ends.

If struck by all the rectum, it is necessary it is completely removed. In secondary polyposis is the consequence of dysentery, ulcerative colitis or proctosigmoiditis – treat the underlying disease.

Villous tumor of the rectum

Multiple papillary growths of the mucosa. Can shoot a large portion of the rectum. May also be formed separate tumor nodule, highly mobile, soft structure. Villous tumors are round or oblong in shape, pinkish hue, a velvety or papillary surface covered with villi.

Villous tumor is prone to degeneration into malignancy. Therefore, when the detection shows its removal and subsequent histological examination.

How to recognize malignancy?

Malignant tumor of the rectum may develop from benign neudenau (especially of villous tumors or diffuse polyposis). Cancer causes are not fully understood. Let's denote the risk factors that increase the likelihood of developing the disease:

The disease goes through several stages:

In the early stages have no symptoms. They appear later and worsen as the disease:

The prognosis depends on the stage of the disease. If you have been diagnosed with cancer of the rectum first stage, the five-year survival rate is eighty percent. At the second degree – sixty percent. In the third ten-twenty. In the fourth stage fiveno one is home.