Home / Brain cancer / Curable if the tumor of the brain?

Curable if the tumor of the brain?

For the last time (20 years) number of diagnosed brain tumors has increased significantly. Some researchers connect this fact with the improvement of diagnostic methods.

Not so long ago on the question "whether the treated brain tumor patients received a rather negative response. In our time, of a brain tumor at the initial stage in many cases are treatable, and in tumors of the 3rd and 4th stages, doctors manage to extend the patient's life (sometimes quite significantly). Folk remedy for tumors of the brain absolutely useless.

Brain tumors are divided into primary and secondary. Primary tumors begin to grow from the tissues of the brain, cranial nerves or meninges. There are primary tumors, depending on what tissue they originate from: glioblastoma, medulloblastoma, neuroblastoma, astrocytoma, schwannoma etc.

Secondary tumors are the result of tumours in other organs and the emergence of metastases in the brain. Secondary brain tumors are more common than primary. Spread to the brain may any kind of cancer. The most aggressive include breast cancer, kidney cancer, colon cancer, lung cancer, melanoma.

The symptoms of the tumor

Symptoms of brain tumor include:

Signs of a brain tumor can be signs of fatigue or other serious diseases. So if you experience any of these symptoms need to seek medical attention.

Risk factors that increase the probability of occurrence of tumor include: 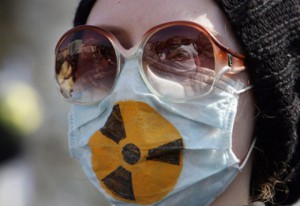 A brain tumor can appear at any age, but most often it occurs in people over 45 years. There are several types of tumors (e.g., medulloblastoma and astrocytoma mouchka), which often occur in children. Brain tumors may appear in several members of one family.

People exposed to radiation in the treatment of malignant tumors, as a result of technogenic disasters or atomic bomb explosion, brain tumors are more common. Some researchers perceive the causes of brain tumors in radiation exposure from microwave ovens and mobile phones. However, this assumption is not proven. Also are at increased risk of brain tumors people working at oil refineries, enterprises of health care, agriculture, etc., where they have often contact with carcinogens.

Diagnosis of brain tumor is to such events:

In the treatment of a brain tumor used the following methods: 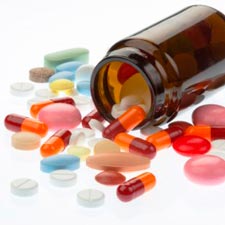 Treatment of brain tumor with surgery is the most effective method of treatment of this disease. But often surgical intervention is impossible due to too large size of the tumor or its localization in a vital area of the brain, injury to which, privedit to death or loss of function.

At impossibility of the operation or as a complement to surgical intervention radiation therapy. Radiosurgery refers to radiation therapy, but it is characterized by a selective effect on tumor cells. In benign tumors the malignant tumors radiosurgery is an alternative surgical method.

Chemotherapy is used as adjunctive treatment after surgical intervention. Different types of tumors are treated with different drugs. The main problem is the presence of the blood-brain barrier, which may not pass medications in a brain of the patient (sensitivity to chemotherapeutic drugs in each patient a brain tumor is strictly individual).