Home / Brain cancer / How to recognize cancer or symptoms of brain tumor?

How to recognize cancer or symptoms of brain tumor?

What person revealed such terrible diseases as AIDS, cancer, diabetes is still unclear. For the sins of you, and maybe just because so conceived we ordinary mortals know not. Such diseases and medications effective has not yet been invented. All medication is reduced to maintain the body's defenses.

But early diagnosis has a tremendous value for the person suffering such almost incurable ailments. For example, in the early diagnosis of a brain tumor can sometimes save the patient's life, and sometimes significantly improve the quality of life. With possible savings of unimaginable amounts of money that are usually spent on a futile attempt to prolong a person's life, if the disease progresses long enough.

The first signs of a brain tumor, for example, you can define at a very early stage of the disease. In such cases, the possibility of a full recovery increases dramatically.

The importance of knowledge

People far from medicine, but faced with the illness face to face, not knowing, but suspecting something amiss, often wonder: "How to recognize a brain tumor?" In this message we will try to understand what was happening.

All of the following symptoms do not necessarily indicate the presence of brain tumors, but at the same time, it's alarm bells that are worth paying attention to. In cases where two or more of these symptoms should immediately seek help and as soon as possible to be examined and find out the reasons. 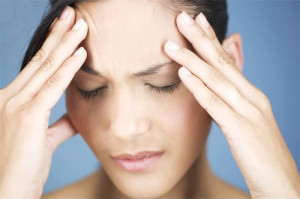 So, how does a brain tumor:

Usually the symptoms of tumors in the brain are cerebral and focal. The first type can be attributed to poor circulation and increased intracranial pressure due to the growth of the tumor. If to systematize knowledge, we can distinguish the following cerebral symptoms brain tumor:

Because of the impaired blood flow often the patient feels fatigue and weakness.

Unfortunately, kids are also exposed tothis terrible disease of unknown origin. And the worst thing is that in babies the symptoms may appear much later than in adult patients, so to diagnose it at a stage when the cancer is still treatable, it is possible only in 10 percent of cases.

The symptoms of brain tumors in children depend on the child's age and placement of the tumor. Of the common symptoms observed uncaused loss of appetite, unexplained rise in body temperature, pale skin, moodiness, soreness in joints and bones. Very often in children has a nose bleed, enlarged lymph nodes, there is a endocrinological disorder. The rest of the symptoms are similar to symptoms in older people.

If a baby under one year, the tumor is localized in the occipital part, it is noticeable the expansion of the spring. The baby's head increases in size, in the face of signs of mental retardation. In older children the tumor is often located in the frontal part of the brain.

Medicine is moving forward by leaps and bounds. Many previously intractable diagnosis and treatment of illness cannot successfully determine and not less successfully treated. Now the question is :"How to recognize a brain tumor", it does not introduce doctors to a screeching halt. The first thing that will offer specialist, if You turn to him with complaints of typical tumor symptoms is to go through a neurological examination. Its purpose is to check organ function, for whose activity the brain is responsible. However, the most accurate information will only CT and MRI.

One can only hope that some medical luminary invent a miracle pill, after drinking that stop killing people!

Unfortunately, this disease has no age. Suffer from it not only adults but also children. The only difference in symptoms may be due to the patient's age and stage of development of the disease. Timely diagnosis gives the chance of a favorable outcome of the disease.