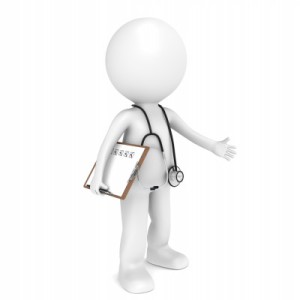 The nutrition in breast cancer 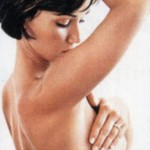 The symptoms of metastatic breast cancer

Signs of Paget's cancer and its treatment 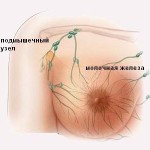 Breast gland in women and men consists of tubular structures, but in men these structures are small. However, a cancerous degeneration of the cells of the mammary gland and possibly in men. Breast cancer in men is a very rare disease. Approximately 1% of all breast cancer occur in males. The most susceptible men in old age, about 60-70 years.

Causes of breast cancer in men: 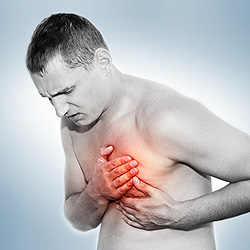 These factors are called scientists, as the most common "agents provocateurs" of this cancer. Genetic predisposition may be hiding Klinefelter syndrome, indicating the presence of an extra female chromosome. Among the environmental factors is exposure to radiation, including the treatment of tumors in the chest with radiation therapy. A major role in the development of breast cancer in men plays a job in the area of high radiation. It can be a nuclear power station, the physical laboratory.

Yet one reason for developing breast cancer in men, is cirrhosis of the liver. Cirrhosis in the blood increases the amount of estrogens (female hormones), which significantly increases the risk.

In some cases, increasing the amount of estrogen in the male body is due to hormonal failure. The reason can be various diseases and overweight. In the latter case, the fat gives rise to hormonal changes.

What are the signs of breast cancer in men?

What are the symptoms of breast cancer manifested before others? Initially, there is a painless lump in the nipple area.

How to recognize breast cancer?

Of course, to diagnosis can only physician. But if any seal is better not to postpone visit to him. Especially if there is discharge from the nipple.

Breast cancer in men is diagnosed by the same methods as in women:

The biopsy always give the final answer about the malignancy of a detected tumor. For analysis using a special needle to take a fragment of tumor tissue. Today this method is most accurate.

The treatment is applied a classical model of cancer:

As a rule, try to apply all these methods of treatment of breast cancer in the complex, so as powerful impact on cancer cells.

Patients, of course, most interested in the question, is it possible to cure breast cancer. This is possible only in the early stages. But, unfortunately, the forecast in the men's case is worse than in the case of breast cancer in women. This happens for two reasons. First, the tumor in the small on faster spreading beyond it. Secondly, men are always late to seek medical help.

What can be done for prevention?

Prevention, of course, is much easier than treatment. The preventive measures must be taken to people who have an increased risk of cancer. For example, someone's parent had cancer or work related to the factors provoking the development of cancer cells. Prevention is important for those who have the disease is detected, it will help to get a better treatment results and reduce the riskrecurrence and secondary tumors.

An important part of prevention is diet in breast cancer. What should be the diet? It should provide the body with all the necessary and must not contain anything harmful.

Except food it is worth noting the need for a feasible physical activity and the development of skills of adequate reaction to stress.