Such a thing as bone cancer, includes primary and secondary cancer of bone tissue. Primary bone cancer occurs more often than 1% of all cases of malignant tumors. Most bone tumors are secondary, i.e., metastatic cancer of other organs.

Causes of secondary bone tumors are primary malignant neoplasms. Moreover, the metastases can be located far from the main focus. For example, metastases in the pelvic bones can result in lung cancer. The cause of primary cancer until now scientists have not been elucidated. As for bone cancer, it is observed that the risk of its occurrence is higher in people with chronic inflammatory diseases of musculoskeletal system. More common in males, and the vast majority of patients with this cancer are young people age.

Signs of bone cancer are determined by the fact that the disease develops slowly. A long time may not be any symptoms. In the initial stages, the diagnosis can only be made with radiographic studies that show structural changes in the affected bone site. But since no complaints, and the identification of bone cancer in the early stages can sometimes be, unfortunately, rare.

Later pain, worse at night and does not depend on exertion, swelling and sometimes soreness at the site of tumor formation.

Diagnosis and treatment of bone cancer

Primary diagnosis is based on x-rays, sometimes MRI is carried out. Next, a biopsy is required, because the final answer on the nature of the cells that formed the tumor gives this kind of study.

The biggest problem associated with late diagnosis of this disease. Most patients come for treatment at the last stages of the disease, when already formed distant metastases. For this reason, the required system measures. 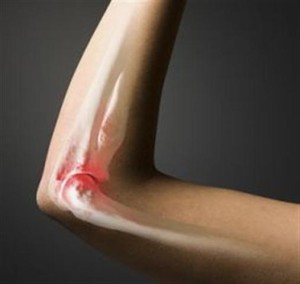 Most often, systemic exposure to resort to chemotherapy. Also chemotherapy is used to destroy micro-metastases after surgery. Applies the method of radiation therapy, a bone neoplasms could be reduced considerably.

Unfortunately, complete removal of bone tumors in most cases is only possible when you remove the affected limb. To confine the removal of the tumor is possible in cases when it has not affected blood vessels and nerves.

The prognosis for bone cancer depends on many factors. Most of the stagedisease. It is difficult to count on significant improvement in quality of life when diagnosed with bone cancer stage 4", because in this case there are already extensive lesions of many other organs. At earlier stages the increased five-year survival rate of patients with bone cancer on average is 70%.

In recent years, the survival rate for cancer of the bone tissue significantly increased. This is due to the new methods of treatment and the rapid development of modern technology.