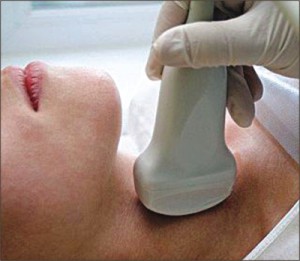 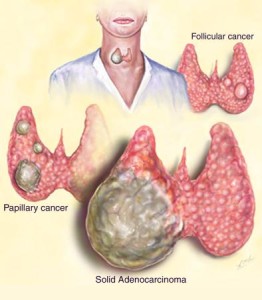 Tests for cancer of the thyroid gland 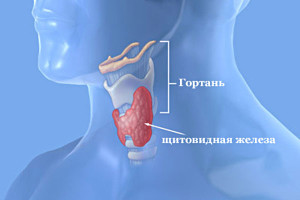 Symptoms of thyroid cancer. What to do? 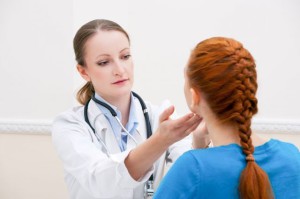 How to determine the prediction of the degree of thyroid cancer?

What is the prognosis of thyroid cancer?

Thyroid cancer is one of the most treatable cancer. According to statistics, in the vast majority of cases it is possible to achieve good results. However, none of the diseases is not without consequences.

The first effects of thyroid cancer are those sensations that a person experiences as a result of development of the disease, i.e. symptoms. They can be divided into local and General. A common characteristic of all cancers. These include weakness, fatigue, loss of appetite, significant weight loss, increase in body temperature. Moreover, problems with the thyroid gland pulling a whole train of failures in the functioning of the heart, gastrointestinal tract, nervous system. Patients often become irritable, may be depressed.

The main treatment for thyroid cancer is surgery to remove the affected lobe or the entire gland. Therefore, the consequences of the disease include the effects of surgery.

The effects of surgery: 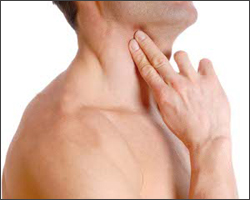 Most often the effects are limited to the reduction or cessation of hormone production due to the removal of the thyroid gland or its part. However, the condition of hypothyroidism can be corrected by receiving an appropriate dose of hormones. Subject to medical recommendations a person can live a completely fulfilling life and to feel normal. Medication is not burdensome. It usually is taken once a day in the morning in the form of tablets.

Unfortunately, it is not always possible to adjust the condition of the patient after surgery. In severe cases, a person loses the ability to properly cope with the work, then set disability with thyroid cancer. It may be associated with loss of voice, disorder of activities of the shoulder joint or the condition of hypothyroidism that cannot be corrected. Depending on the extent of the so-called containment of life the patient is assigned to one or the other disability group.

The prognosis of cancer of the thyroid gland

Although the overall prognosis of thyroid cancer is favourable, but it depends on the type of cancer.

The prognosis of papillary cancer is determined by the life expectancy of patients after the surgery:

This forecast apply to the state when no metastasis or only affected the nearby lymph nodes. Metastases to lungs and bones, the situation is worsening, although the recovery and long-term remission is still possible.

This type of thyroid cancer is more aggressive, but is much rarer than the previous one: 10-15% of cases. It affects people at a later age than papillary carcinoma. Metastases in bones and lungs occur in follicular cancer enoughoften, it is also characterized by vascular lesions. It vascular invasion can cause death of the patient. In this case, the prognosis is somewhat worse than for papillary cancer, while the older the patient, the disease behaves more aggressively.

Not more than 10% of patients with thyroid cancer have a diagnosis of medullary cancer. This disease has genetic predisposition and is accompanied by other endocrine disorders. Medullary thyroid cancer is much more aggressive than papillary or follicular. Although it spreads locally, the danger is the defeat of the trachea. Possible metastasis to the abdominal organs, the lungs.

This species is very rare (less than 5%) and "oldest". It affects people older than 65 years. He's the worst treatable, metastases spread throughout the body.

What else is dependent prediction?

In addition to types of cancer a major role in the prognosis of the disease plays the stage at which treatment is started. If this is the first or the second, when the tumor extends beyond the thyroid gland, there are no metastases, the chances of recovery a lot more than the next, third or fourth. It is very important, as in other diseases, in time to see a doctor, that is, when it detects the slightest symptoms.