Metastases in the kidney

The kidneys are paired organs that are related to the system mochevyvodjashie. These bodies are directly involved in maintaining acid-base balance, produce the cleansing and elimination of toxins from the body and extra fluid, being healthy. With the development of various diseases may disrupt their function. In addition, the kidneys perform and endocrine function by generating hormones that are involved in the regulation of the functioning of the circulatory system, metabolism of fats and carbohydrates and water-salt metabolism.

The appearance of metastases in the kidneys is caused by identification in the patient of malignant tumor in another organ.

The most frequent metastatic spread to the kidneys of these organs:

For each patient is vital early detection of metastases in the kidneys, which will allow you to spend the necessary amount of therapy, which will prevent their growth and further spread of the disease.

Metastases in the kidney or the adrenal glands mostly appear hematuria, that is, the unaltered appearance of blood in the urine of a sick person. On the second place on frequency is the appearance of complaints of very pronounced pain in region of kidneys. 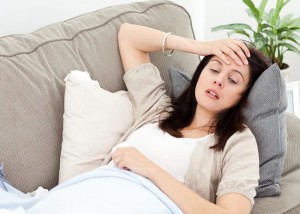 The symptoms of metastases in the lobes, if ignored, can lead to serious complications. It is important to know, therefore, now need to see a doctor. 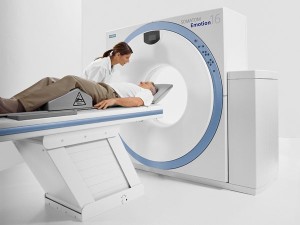 Metastases in the adrenal glands, as well as in the kidneys help to identify the following methods of diagnosis, the effectiveness of these methods is high.

The advent of computer tomography has allowed to reduce the impact on the patient x-ray beams. Also it is possible to obtain a higher quality image of the desired area of the body and in the right projection.

Nuclear magnetic imaging is currently recognized as the most effective diagnostic method in the detection of metastases of different localization. It allows not only to obtain a qualitative picture of the investigated organ, but also to determine the size of the metastasis more accurately.

In positron emission tomography the doctor examines the image of the test body which is produced after introduction to the patient's body, more precisely into the bloodstream, a large amount of radioactive sugar.

In this disease, the complex treatment is carried out by the attending oncologist who is in a plan of remedial measures takes into account the location of the primary lesion of a malignant tumor and family history of diseases of the patient. Basically, the detection of metastasis in the kidney unite conservative and surgical therapy. The use of the operational method in most clinical cases and significantly extends the life expectancy of such patients.

In the course of surgical treatment, the following types of operations:

The use of chemotherapy and radiation therapy for metastases in the kidney is not effective and is mainly used for suspension of the rate of growth of new tumors, which improves the overall condition of the patient.